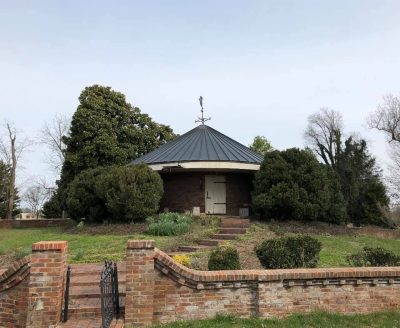 The Fairvue Plantation in Gallatin is said to be haunted by a Union soldier who died in the building during the Civil War. Like most large homes, Fairview was occupied in the early 1860s when the Federal Army marched into Middle Tennessee after the fall of Forts Donelson and Henry.

People who have been in the historic home have heard laughing, voices and other strange noises when no one else was in the building.

Shortly after her husband bought the historic mansion in Gallatin in 1939, Ellen Wemyss accidentally fell into the icehouse and couldn’t get out.

When William Wemyss came home a few hours later, he noticed a man in a blue uniform frantically waving at him from the icehouse trying to get his attention. As William got closer, the soldier disappeared and he began to hear the sounds of his distressed wife that desperately needed his help.

If you’d like to learn more about Rose Mont or other haunted places in Gallatin please take our tour. Also, please check out our book Southern Ghost Stories: Ghosts of Gallatin.