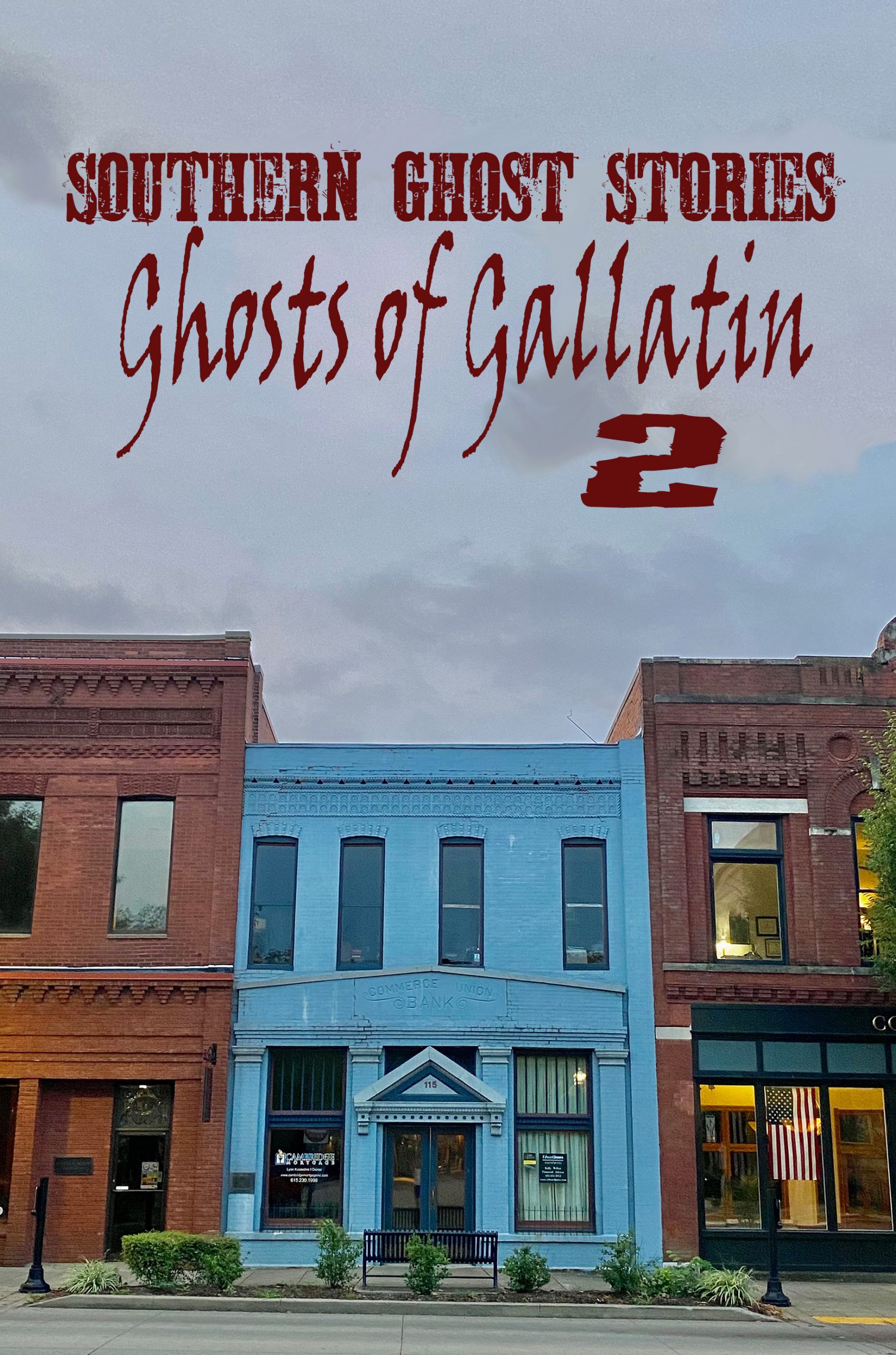 Just in time for October, Tennessee Hauntstorian, Allen Sircy has released Southern Ghost Stories: Ghosts of Gallatin 2. After publishing other books about the hauntings in Murfreesboro, Franklin and Nashville, Sircy returned to Gallatin for his next project.

“Gallatin is such a special place,” explained Sircy. “There are ghost stories everywhere!” When I wrote Ghosts of Gallatin in 2019, I thought I had covered all the haunted locations around town, but it was on the tip of the iceberg. Everywhere I went someone would come up to me and tell me something strange about where they lived or worked. After a while I started taking notes. Eventually I had so much material I decided to write another book.”

Ghosts of Gallatin 2 focuses on new haunted locations around Gallatin, but also revisits a few places from the first book like Rose Mont and a handful of places around the square.

“There are a lot of new locations like the Barry Cemetery and Stonewall in the sequel. But Rose Mont is also a big part of the book even though it was featured in the first one. Since 2019 so many weird and odd things have happened in Judge Guild’s home. I just had to document them!”

To give back to the community for helping him with the project, Allen Sircy will donate books as well as a portion of the proceeds to Trousdale Place.

“Trousdale Place is a hidden gem and one of the oldest houses in Gallatin,” said Sircy. “In addition to the hauntings there is so much history in that old home. I really do hope that people will read the book and then go visit Governor Trousdale’s mansion on Main Street.”

In addition to the new book Sircy will also continue hosting the popular 90-minute Ghosts of Gallatin Haunted Tour each Thursday through Sunday in October.

“The tours last October were so much fun,” exclaimed Sircy. “But this year I’ve got a few new wrinkles and even more great stories to share. Whether it’s Rose Mont, Trousdale Place or some of the shops on North Water, people are going to be blown away by some of the unexplainable pictures and videos I share on the tour.”

Southern Ghost Stories: Ghosts of Gallatin 2 is available for purchase at Pickled Treats and Antiques, Town Creek Chic and Timeless Treasures in Gallatin, Tennessee. You can find it online at Amazon.com. Tickets for the Ghosts of Gallatin Haunted Tour are available at www.GhostsofGallatin.com.