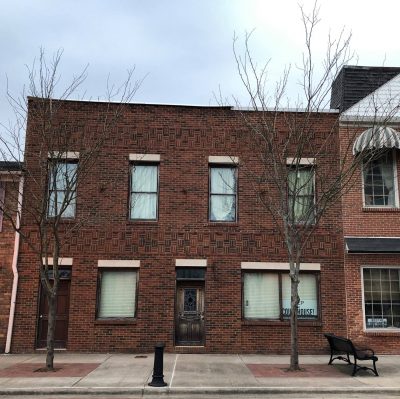 A small office building on the Gallatin Public Square is said to be one of the most haunted places in middle Tennessee. Originally the building was a small stable that was bricked up and turned into a blacksmith shop. Over time it was rebuilt a few times and at one point was home to future President Andrew Jackson’s law office.

During the Civil War Union General Eleazer Paine occupied Gallatin and ruled the small town with an iron fist. In fact, roughly 10 to 15 feet away from the front door of Jackson’s old law office General Paine hanged approximately 100 bushwhackers, guerrillas, and Confederate sympathizers”.

It’s believed that an injured Rebel soldier returned home to Gallatin to find it being occupied. To evade Paine and his men the soldier hid out on the second floor of the building. Sadly, the man desperately needed medical attention and was found dead.
With so much dark history from the war, Jackson’s old law office is believed to be incredibly haunted. One night when a former tenant was working late is in the building the angry spirit took empty soda cans out of the trash and began throwing them against a wall until he got scared and left.

The ghost in the building is also very temperamental about the radio. Whenever the radio was left on a rock station at night the former tenant would come in to find country music playing.

If you would like to learn more about the hauntings around the Gallatin Square please take our tour! Also check out my book Southern Ghost Stories: Ghosts of Gallatin. It’s available at Pickled Treats and Antiques in Gallatin as well as online at Amazon.